The North of France

French Flanders is nearby and there you will also find the authentic Westhoek ambiance.

After all, this was a piece of Flanders that became the territory of France in 1713. But the Flemish has not disappeared yet: street names and villages sound Flemish and the older population speaks ‘Vlemsch’.

Anyone who makes the effort to visit the Westhoek ‘across the Schreve’ will receive a soothing bath full of nostalgia in return. Dunkirk, Hondschoote, Bambeke, Wormhout, Steenvoorde, Hazebroek, Cassel, Belle, Ekelsbeke, … it can not be more authentic. In Cassel the market square reads like a historical book. The Catsberg and Casselberg are also slightly higher than our Westhoek mountains.

Yet it is striking how quickly cultures change. In French Flanders, Picon is on the drinks on the menu next to the Pelforth, and there is a café and grand café. 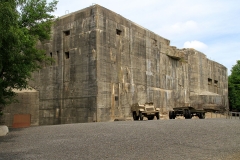 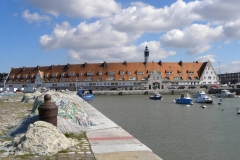 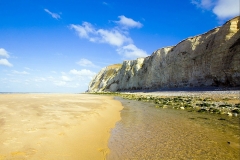 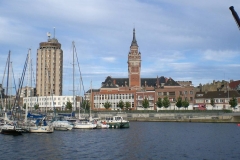 The region has many coal mines and other heavy industry. Due to the closure of the mines and many other companies, the region has high unemployment and poverty. Typical for the region are the many small workers’ houses.

The coast of this region is called the Opal Coast. This mainly consists of sandy beaches, but there are also a few cliffs: the Cap Blanc-Nez of 134 meters and the Cap Gris-Nez of 45 meters high, with in between the beautiful bay of Wissant.

A day trip to one of the most important historical cities Lille (Lille), Arras, Boulogne-sur-Mer, Calais, Dunkirk, Saint-Omer is highly recommended!

Be sure to visit ‘Le Blockhaus d’Eperlecques’, the launch site of the V2 rockets during WWII.